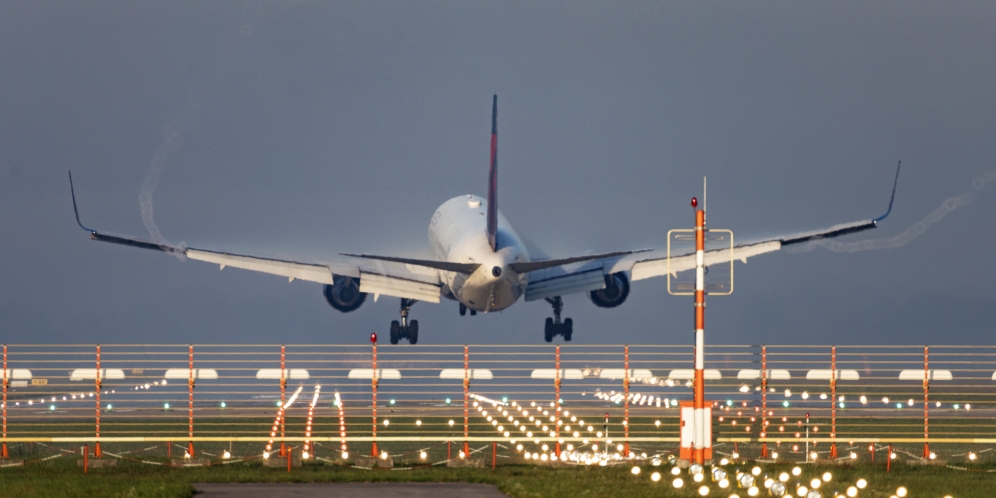 With the introduction of CORSIA (Carbon Offsetting and Reduction Scheme for International Aviation) in 2020, aviation will be the world's first industry to be covered by a global market-based instrument for climate protection. This will enable aviation to effectively reduce its 2.8 percent share of global CO2 emissions while working simultaneously towards the objective of achieving greenhouse gas neutrality by 2050 as laid down by the European Green Deal. With the additional “Fit for 55” package introduced in July 2021, the EU Commission defined further measures which focus particularly on achieving the agreed objectives more quickly.

The carbon offsetting system, that has been set up by the International Civil Aviation Organization (ICAO), obliges the countries that are initially participating voluntarily (including Germany) to offset their growth-related CO2 emissions in air traffic through certified climate protection projects outside the aviation sector. The airlines purchase offsetting certificates of these projects directly or via publicly defined trading points. In this way, the airlines do finance the projects and offset their CO2 emissions. As a result, international air traffic has been growing in a carbon-neutral way since 2020.

The European emissions trading system (EU ETS) and the international climate protection instrument CORSIA shall be further developed as effective measures for carbon pricing within the aviation industry. However, it must be taken into account that with the introduction of CORSIA, the EU-wide emissions trading system, which has already been in place since 2012, becomes theoretically redundant. Nonetheless, the EU Commission has now decided that the EU ETS will remain in place alongside CORSIA. Actually, maintaining both systems—with CORSIA’s originally planned scope—would have led to a double regulation of intra-European emissions. Therefore, BARIG welcomes that the new proposal of the EU Commission now includes a regulation that prevents such a double regulation. As before, the EU ETS is to cover the intra-European emissions of air traffic, while CORSIA applies to all flights to third countries.

In its current form, the EU ETS puts European airlines at a disadvantage, as they have to purchase allowances for their intra-European feeder flights, while feeder flights of airlines with hubs in third countries do not fall within this scope. In addition, the EU Commission wants to phase out the freely allocated allowances by 2026. This is unacceptable for BARIG, as it will only further increase the disadvantage for European airlines. A flight within the European economic area is thus made more expensive by the purchase of allowances, while a flight via third countries is not subject to emissions trading. This does not result in a reduction of emissions, but merely in a shift. In order to mitigate the competitive disadvantage for European airlines, BARIG demands to compensate the significant additional burden accordingly.