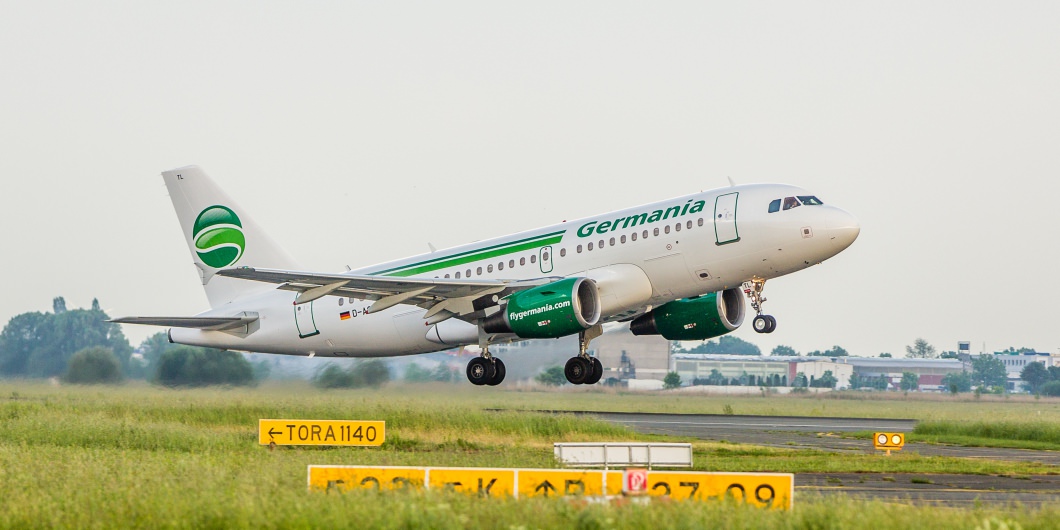 After multiple German airlines had already offered their support shortly after the announcement of the insolvency proceedings, several airlines from other countries have meanwhile also warranted to help all affected passengers to the best of their ability. This was communicated by the Board of Airline Representatives in Germany (BARIG).

„We regret the current situation of Germania,” Michael Hoppe, Secretary General of BARIG, states. “At the same time, we appreciate the solidarity shown within our industry. Besides German airlines, further airlines, especially from countries registering many Germania passengers, have warranted fast and uncomplicated support. ‘Rescue fares’ for remaining aircraft spaces are being offered to affected customers.

Among the airlines that have assured their assistance are the airlines of the LH Group (Lufthansa, Eurowings, Austrian Airlines, Swiss), Condor, TUIfly as well as Easyjet, SunExpress and SunExpress Germany.

The new entry regulation passed last week by the German government stipulates, among other things, that from March 30, 2021, all passengers travelling to Germany must present a current, negative...

BARIG’s Full Board Once Again Digital in 2021

This year, the first Full Board of the Board of Airline Representatives in Germany (BARIG) had to be held once again purely digitally. Nevertheless, the vast majority of BARIG member airlines were...

The Board of Airline Representatives in Germany supports students and prospective employees in the aviation and tourism industry in cooperation with the Frankfurt University of Applied Sciences. In...

Rarely before has air freight been as important as it is currently in the COVID-19 pandemic. Despite the most difficult conditions, it maintains global supply chains and ensures the worldwide...

Even though the annual BARIG Spring Brunch could only take place digitally due to COVID-19 this year, numerous airline representatives nonetheless took part to inform themselves about the current...